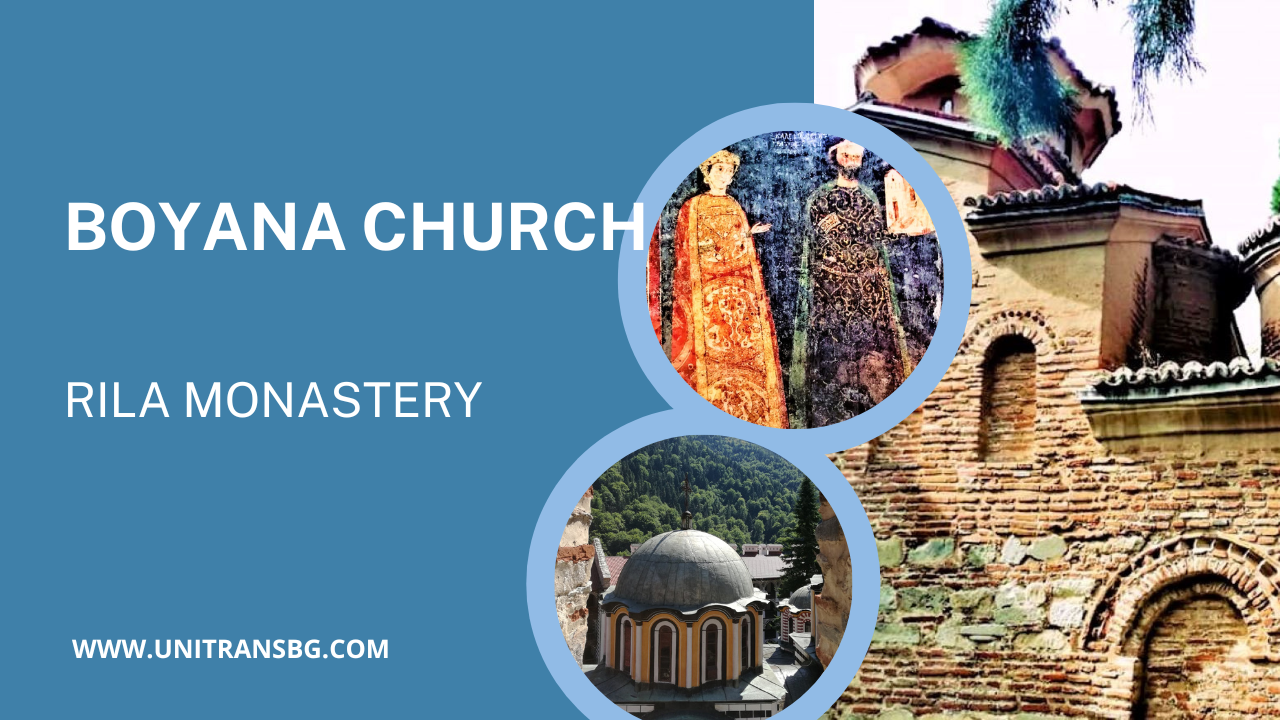 The masterpieces of Christian architecture in Bulgaria 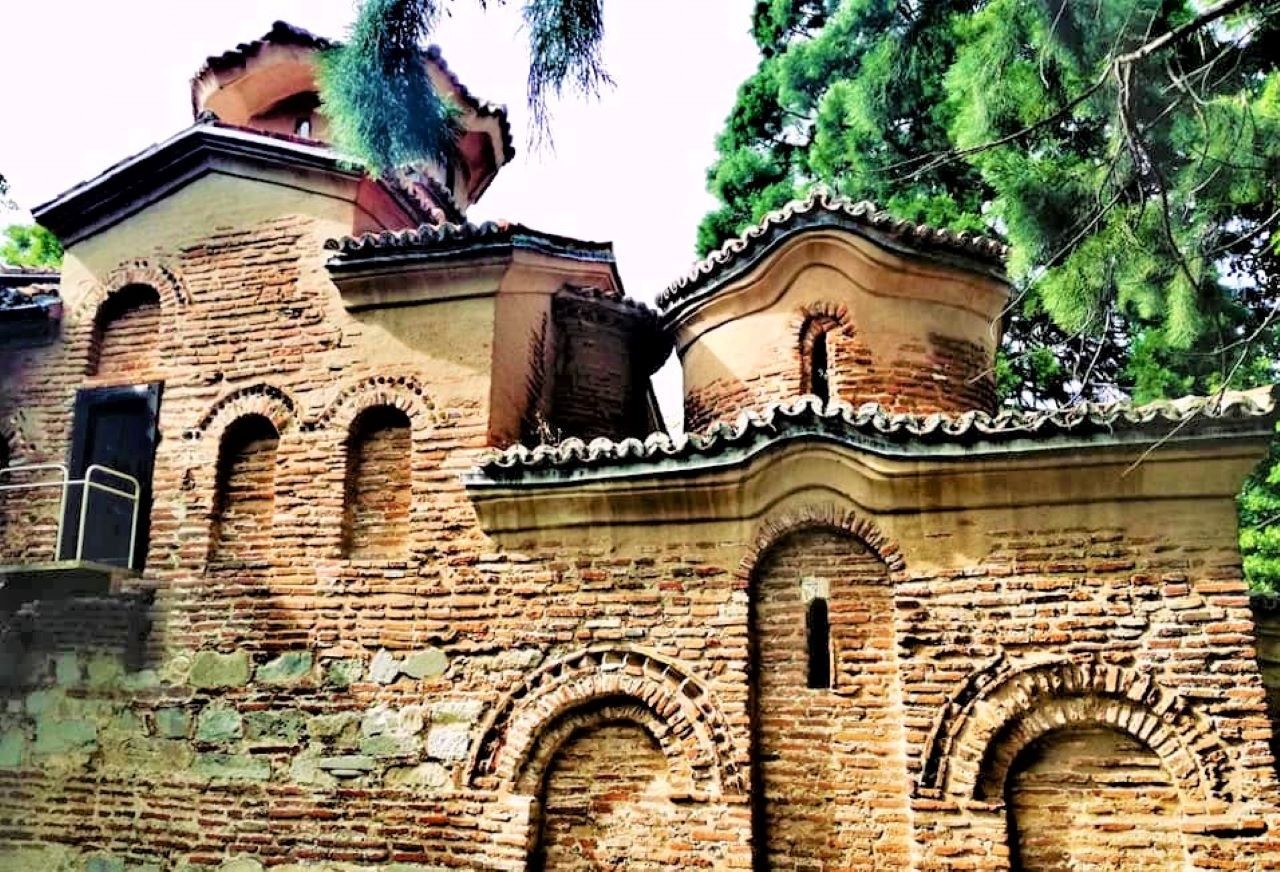 Located on the outskirts of Sofia, Boyana Church "St. Nicholas and St. Pantaleimon" is most famous for its medieval Byzantine-style frescoes. Nowadays the building is comprised of three structures built in the same line (axis) and dating from different periods. The oldest and easternmost edifice, known as the Old Church, is a cross-domed temple built and decorated with wall paintings between the 10th and 12th centuries. In the 13th century, the church was extended westwards by adding a two-story building: a narthex on the ground floor and an upper-floor chapel with a dome. See more...

Since then the Old Church has become a naos of the enlarged temple. In 1259 the entire interior of the church was decorated with new frescoes that covered the old ones in the naos. These wall paintings follow the principles of Eastern Orthodox iconography and are executed with great craftsmanship and attention to detail.

Special mentions deserve the 18 images of St. Nicholas’ life for their iconographic variety, the first ever-recorded image of Bulgarian patron St. Ivan Rilski, the depictions of the Bulgarian nobles: sebastokrator Kaloyan and his wife Desislava (church donors) and the Bulgarian imperial family at the time: King Konstantin-Asen Tih and Queen Irina for their realistic portraits.

In the middle of the 19th century, a two-storied antechamber was added on the western side of the building. The Boyana Church operated until 1954. It is a cultural monument under UNESCO protection, inscribed in the World Heritage List in 1979. The restoration of the edifice started in the middle of the 20th century and was completed in 2006 following a fundraising campaign initiated by the National History Museum.

The monument is nowadays open for visitors as a branch of the National History Museum. This site is one of the most complete and perfectly preserved monuments of east European medieval art. 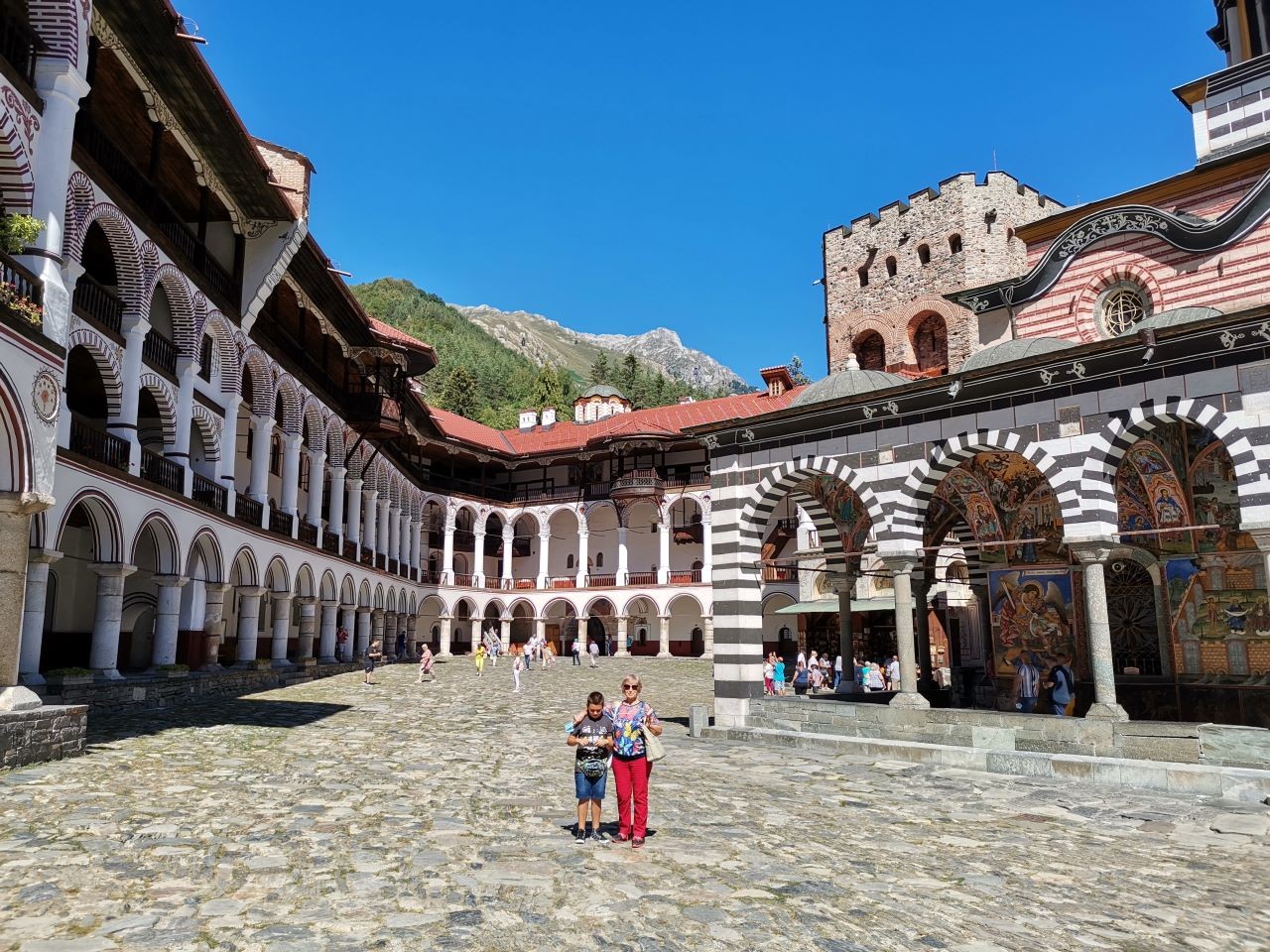 The Rila Monastery is the largest center of Bulgarian spirituality and literature, founded in the first half of the 10th century by St. Ivan Rila - the spiritual protector of the Bulgarian people. In the main church - "Nativity of the Virgin", the relics of the saint are kept. In the temple you can see frescoes, which are masterpieces of Bulgarian medieval painting. The oldest building in the monastery complex is the Hrel tower, built in the period 1334 - 1335 during the rule of the ruler Stefan Dušan. The tower is stone, five-storey, 23.60 meters high. See more...

On the top floor is the "Transfiguration of the Lord" chapel with frescoes from the 14th century. From there, a breathtaking cell opens to the monastery itself. In the Museum of the Rila Monastery, created at the end of the 19th century, you can see exceptional examples of Bulgarian and foreign art from the 15th to the 19th century. The most valuable exhibit is the finely carved wooden cross, the work of Father Raphael. He worked on his masterpiece for 20 years, and when he finished it in 1802, he went blind.

The cross depicts 36 biblical scenes with over 600 miniature figures. The exposition includes examples of church art - wall paintings, icons, church utensils, liturgical vestments, enthroned crosses, handwritten and old printed books, prints, etc. The museum also keeps the first Bulgarian globe, made by Neofit Rilski in 1836 from cardboard, paper, ink and nails. The icon gallery of the Rila Monastery presents 80 icons selected from the museum's collection from the XVIII-XIX centuries, as well as 28 portraits of the abbots of the monastery from 1860 to 2005.

In the "Monastery farm" Museum, you will learn about part of the economic activity of the monastery in the period of the XVIII - XIX centuries. The old mill, the oven for baking bread, tools for logging and beekeeping have been preserved. The most interesting part of the museum is the pantry, where food was prepared for the monks and the numerous pilgrims who visited the monastery during the biggest Christian holidays. In terms of construction and layout, it is an exceptional construction creation. It is the work of master Alexi from the village of Rila.

The monastery also has an ethnographic collection, which contains fabrics, costumes, ornaments and original works of folk art from the 18th and 19th centuries, donated to the monastery by artisan associations and pilgrims from all over the Bulgarian lands. 3-4 km from the Rila Monastery is the cave in which St. Ivan Rilski has spent more than 7 years of his life. Don't forget to drink the healing water in the spring called Ayasmoto. It is a spring that never dries up or freezes, no matter what the weather outside. That is why it is believed that holy water flows from it.

SOFIA - KOPRIVSHTITSA - HALF-DAY TOUR BY CAR AND A DRIVER

SOFIA - CHIPROVTSI - FULL-DAY TOUR BY CAR AND A DRIVER

SOFIA - PLOVDIV- HALF-DAY TOUR BY CAR AND A DRIVER