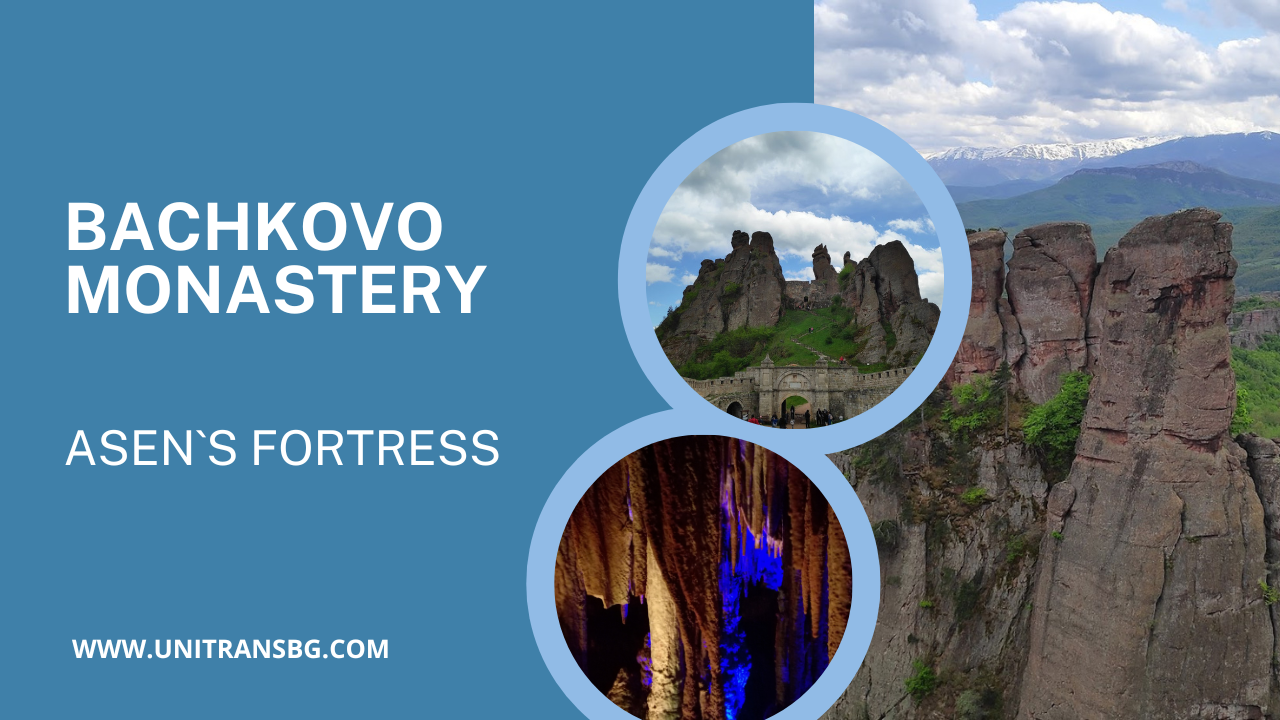 A journey through the spirituality and history of Bulgaria 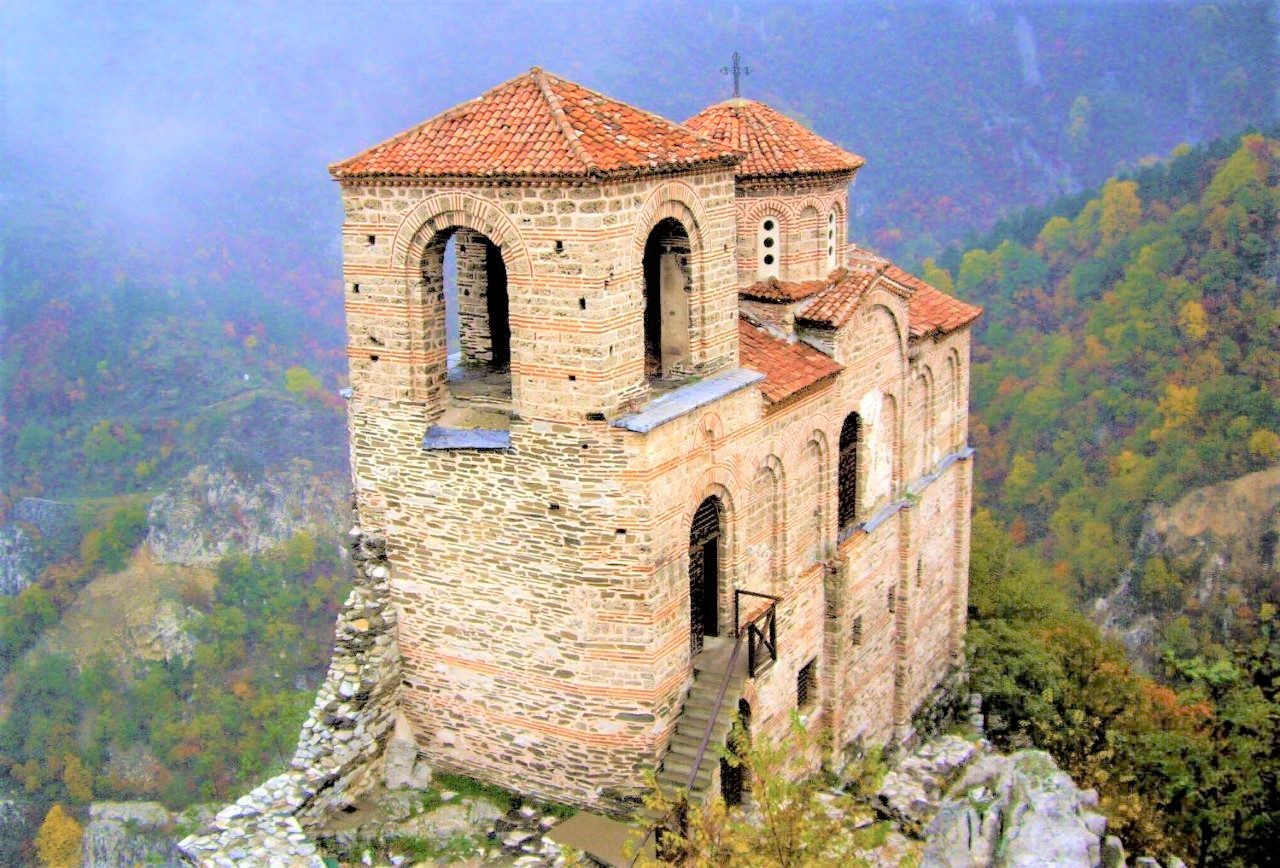 From Plovdiv we head towards the Rhodope Mountains passing through the pretty town of Asenovgrad. Nearby we visit the remarkable remains of King Ivan Asen’s Fortress – a wise ruler of the Second Bulgarian Kingdom. Its strategic location and natural defenses explain why it has been used since the days of the Thracians, who fortified it in the 5th century BC. The fortress was rebuilt during the time of the Roman Emperor Justinian as one of some 300 fortresses erected to defend the Empire against invasions by Slavic tribes. See more...

Later Asen’s Fortress has seen three periods of substantial construction – during the 9th, 11th, and 13th centuries. The first small fortress tower was built by the Byzantines. Given its strategic location at the entrance to the pass connecting Thrace with Northern Greece and the Aegean Sea, and since it is located in the midst of fertile farmland, gradually Peter’s Fortress (as it was called then) became an independent agricultural center with its own administration, army, and military command.

In 1204, the fortress fell into the hands of the Crusaders who were commanded by the Belgian knight René du Trois. The knight withstood a 13-month siege laid by the forces of the Bulgarian Tsar (King) Kaloyan (reign 1197-1207), according to The Chronicle of the Fourth Crusade recorded by Jeffrey de Village Dien, Court of Champagne. In 1231, Tsar (King) Asen II (reign 1218-1241) completed the largest expansion and rebuilding of the fortress, as proclaimed on a carved stone monument, which we can see.

This is the reason why the fortress was later named after him, and why the inhabitants of Stanimaka, the city beneath the fortress, renamed their city Asenovgrad in 1934. Beneath the feudal castle was discovered the well-preserved, two-story Blessed Virgin of Petrich Church. After the death of Sultan Bayazid in 1402, there was a struggle for succession between his sons Syuleiman and Musa Kesedzhi.

Musa further fortified the Petrich Fortress but he couldn’t hold it and put it at the mercy of his brother. After Musa’s capitulation, the fortress was razed to its foundations. Only the fortress church was spared, and it is now one of the most notable examples of Medieval Christian architecture.

The fact that the fortress has been controlled by the Thracians, Romans, Byzantines, Crusaders, Bulgarians, and Ottomans, and that each era has left its archeological record, all preserved in the historical museum in Asenovgrad, explains why the Medieval Asen’s Fortress is one of the most-visited tourist destinations in the Asenovgrad region. 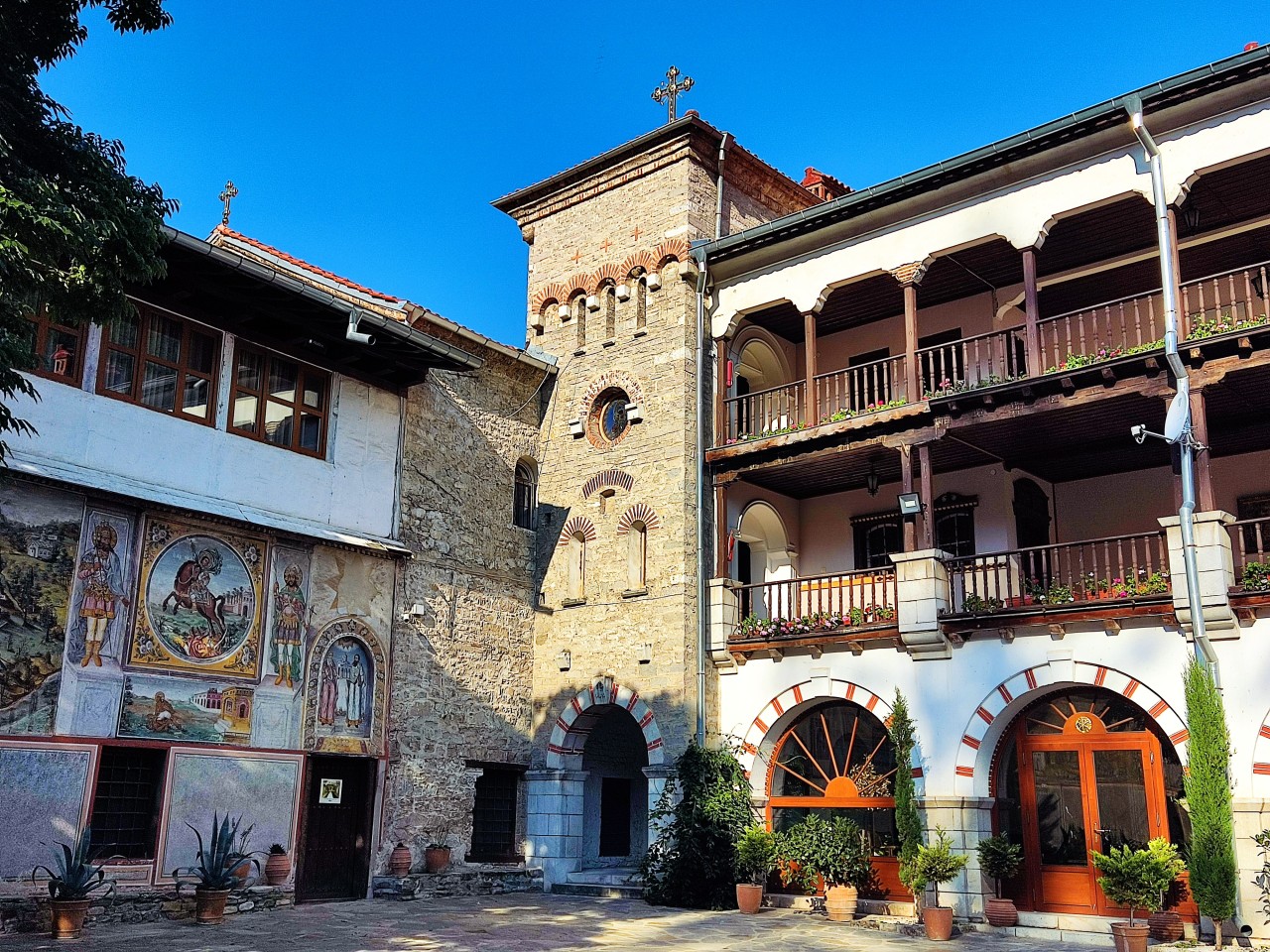 We go deeper into the lovely Rhodope Mountains towards the picturesque Bachkovo Monastery. Being among the most visited tourist site in Bulgaria the cloister is the second largest as well. It is founded in 1083 by the Georgian Gregoriy Bakuriani, who donated the land. For a long time, the monastery was Georgian. The two-story ossuary some 400 meters from the monastery was built during the monastery’s earliest days. At the end of the 12th century and the beginning of the 13th century, The Holy Archangels Church was built for services during the winter months. It was attached to the terrace on the second floor of the west wing where the monks had their cells. It is thought that after the fall of Bulgaria to the Ottomans at the end of the 14th century, Evtimiy, Bulgaria’s last patriarch at that time, was exiled to the Bachkovo Monastery. See more...

Inside the monastery, we visit the main church of the Virgin Mary built in 1604 where a valuable icon of Saint Mary from the 11-12th century AD is being kept. According to the legend and the big number of healed people this remarkable icon is believed to be miracle-working. The monastery refectory is another jewel in the complex which has preserved colorful murals from 1643.

Together with the Doomsday fresco, we witness the images of some prophets, saint monks, ancient philosophers, and writers such as Socrates, Aristotle, Plato, and many more. The panoramic mural painting on the outside wall of the refectory represents a bird’s eye view of the monastery with all the surrounding buildings from 1807.

This is the biggest scenic mural on the Balkan Peninsula! In the second monastery yard, we finally visit Saint Nikola church built between 1834 and 1837. The famous Bulgarian icon painter Zahariy Zograf (1810-1853), executed the images in the church’s interior from 1838-1840, and in 1841 he completed the frescoes on the exterior of The Holy Archangels Church.

BANSKO - RILA MONASTERY - HALF-DAY TOUR BY CAR AND A DRIVER

BOROVETS - RILA MONASTERY - HALF-DAY TOUR BY CAR AND A DRIVER

SOFIA - PLOVDIV- KOPRIVSHTITSA - FULL-DAY TOUR BY CAR AND A DRIVER